For many Berlin is the true capitol of techno, not just by it`s legendary clubs such as Tresor, Berghain and Watergate, also by being home for many different facettes of techno itself – from ruff underground techno up to melodic and minimal techno.

Wouldn`t be the best way to appreciate this long term techno culture and influence with a supreme sound collection of 94 presets for a truely Berlin-based synthesizer from Native Instruments? Exactly – here you go with CFA-Sound`s Massive Berlin Techno Presets!

Inspired by the sound of artists like Adam Bayer, Enrico Sangiuliano, Oliver Koletzki, Thomas Schuhmacher, Pig&Dan, Monika Kurse, ANNA, and others – all presets are designed to fit right away in your mix, and together with the full possiblity of all 8 macro controllers engaged, you can change the sound of every preset massively in no time and let your creativity take over. No matter if you`re more into underground techno, minimal techno, tech house or melodic techno – this soundset will give you the sounds you need for your own Berlin Techno journey!

Note: Drums, FX & Vocal sounds of the demo track are not included in this soundset! For the majority of the drums, fx and vocals in the demo track, Audio Boutique Techno Elements 2 and SOR Minimal Techno Revolution Vol.4 & Vol.5 were used.

This soundset is also included in our OVERLOAD Massive Presets Bundle, together with 6 other Massive Soundsets.

This website uses cookies to improve your experience while you navigate through the website. Out of these, the cookies that are categorized as necessary are stored on your browser as they are essential for the working of basic functionalities of the website. We also use third-party cookies that help us analyze and understand how you use this website. These cookies will be stored in your browser only with your consent. You also have the option to opt-out of these cookies. But opting out of some of these cookies may affect your browsing experience.
Necessary Always Enabled
Necessary cookies are absolutely essential for the website to function properly. This category only includes cookies that ensures basic functionalities and security features of the website. These cookies do not store any personal information.
Non-necessary
Any cookies that may not be particularly necessary for the website to function and is used specifically to collect user personal data via analytics, ads, other embedded contents are termed as non-necessary cookies. It is mandatory to procure user consent prior to running these cookies on your website.
SAVE & ACCEPT 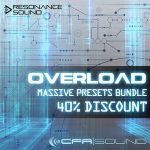